“In the city of L.A., as it is the case with nine other cities in the county, which amounts for about 50% of the population of the county — we have city prosecutors that handle misdemeanors,” Gascón said on Tuesday. “They have the jurisdiction for misdemeanor prosecution in those jurisdictions, as it is the case of the city of L.A. being the largest one with a population of nearly 4 million people.”

Gascón went on to explain that Chappelle’s case was handled and reviewed by “one of our deputies in our filing team” and said he agreed with the deputy’s “right decision when she determined that the conduct in this particular case was misdemeanor conduct.”

He added that while he believes Lee, 23, “needs to be held accountable for his behavior,” ultimately his office didn’t agree that Lee’s tackling of Chappelle on stage at the Hollywood Bowl, “under California law did not, and I repeat, did not amount to felony conduct.”

Gascón, who has come under fire for being lenient on crime since being elected as District Attorney in 2020, not only doubled down on his office’s recommendation to kick the case down to the L.A. city attorney, but explained a multitude of reasons why Lee shouldn’t be charged with a felony — despite an onslaught of pressure to make a stand against similar behavior by charging Lee accordingly. He told reporters on Tuesday that he “can’t make up” charges that don’t warrant them.

“Mr. Lee was not holding a weapon when he rushed Mr. Chappelle and we can see that by the video,” Gascón told media members. “And we also know that from interviews with witnesses, security quickly separated the two men and Mr. Chappelle was not injured.”

Story continues at: Gascon has to Go

We needed legislation for teachers not to have sex with students 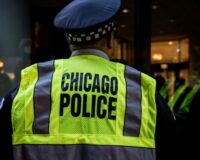