California Gov. Gavin Newsom signed a Democrat-backed bill on Friday that will remove the term “alien” to describe migrants in the state’s legal code.

Introduced by Democratic California State Assemblymember Luz Rivas, the bill replaces “alien” with terms such as “noncitizen” and “immigrant” throughout state law. The term “alien” was used in California since 1937 and by the federal government since at least 1798.

“As the nation’s most diverse state, we are stronger and more vibrant because of our immigrant communities,” Newsom said in a statement. “This important legislation removes the word ‘alien,’ which is not only an offensive term for a human being, but for far too long has fueled a divisive and hurtful narrative. By changing this term, we are ensuring California’s laws reflect our state’s valu

Immigration activists have long argued the term “alien” is outdated and dehumanizing. California has the largest population of undocumented immigrants in the United States.

Newsom’s office said in a press release that “alien” was used as “a political dog whistle to express bigotry and hatred without using traditionally racist language” beginning in the 1990s.

The governor also signed legislation identifying attacks on migrants due to their immigration status as hate crimes and affirming protections for unaccompanied undocumented migrant children.

The bill’s approval followed a similar move by the Biden administration earlier this year. In April, President Biden ordered the Customs and Border Protection and Immigration and Customs Enforcement to replace the word “alien” with “noncitizen” or “migrant.” 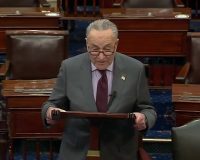 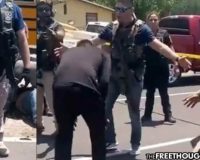 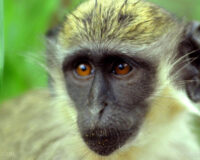