“The RNC is intervening in this case because the security of the ballot is more important than Democrat power grabs,” chair Ronna McDaniel said, adding in a statement that Democrats are “weaponizing the Justice Department by trying to strong-arm the state of Georgia into making its elections less secure.”

NRSC chair and Florida GOP Sen. Rick Scott charged that “Democrats in Washington are fighting tooth and nail to strip states of all local election control, and Georgia is their number one target.”

But Attorney General Merrick Garland, who announced the lawsuit in late June, accused Georgia of enacting the law “with the purpose of denying or abridging the right of Black Georgians to vote on account of their race or color.”

The DOJ, in its complaint, cites the law for imposing new restrictions and additional steps on the process of casting absentee ballots — changes that come in the context of a “dramatic increase in Black Georgians’ use of absentee voting” in the 2020 election cycle.

Right Report
*NEW* BREAKING: Elon Musk Is TICKED About This- “THERE WILL BE BLOOD”
America's Freedom Fighters 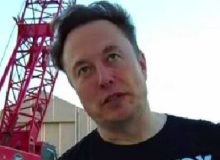 A Hit From This 12 Gauge Shotgun Slug Will Make A Real Mess Out OF A Human Being: The ‘Black Scarab’ (A Supersonic Freight Train)
Great American Outdoors
*NEW* BREAKING: It’s About To Happen- And Biden Is In One HELL Of A Mess Over This
America's Freedom Fighters 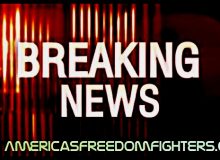 Overlooked Detail in Government’s Electric Vehicle Scheme Could Have Seismic Effect on Our Environment
May 20th, 2022 Flag And Cross

The Illegal Invasion Of The United States Continues – Are We On The Verge Of A Full On Land Invasion By A Foreign Army? (Video)
May 21st, 2022 Sons of Liberty Media

Elon Musk Panics Over Discovering 90% of Twitter Users Are FAKE Spambots… Silly Elon, You Should Have Read DC Clothesline
May 20th, 2022 DC Clothesline

War On Kids Has School Board Member Inviting Them To ‘Queer’ Night At Her Sex Shop
May 21st, 2022 Conservative Firing Line
FEATURED VIDEO