Her Majesty has been cancelled.

A UK Black studies professor called Queen Elizabeth the “number one symbol of white supremacy in the entire world” after a committee of Oxford University students voted to tear down a portrait of Queen Elizabeth from their common room because she ‘represents colonialism.”

“If we’re honest the Queen doesn’t just represent modern colonialism, the Queen is probably the number one symbol of white supremacy in the entire world,” he said.. “A born to rule elite of this really white family. The head of the commonwealth, which is actually the empire.”

We needed legislation for teachers not to have sex with students 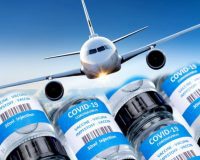