Sanctuary cities have finally run up against the law! the REAL Law!

Judge Reena Raggi, a Bush appointee to the court, said government has a valid interest in getting state and local officials to cooperate with Homeland Security — and, under the law, a tool to do so. She said jurisdictions that refuse to cooperate are flouting federal law.

“There is something disquieting in the idea of states and localities seeking federal funds to enforce their own laws while themselves hampering the enforcement of federal laws, or worse, violating those laws,” she wrote in the opinion for the three-judge panel.

Their ruling, which reversed a district court, stands in contrast to decisions by three other appeals courts. That disagreement could make the sanctuary issue ripe for a Supreme Court challenge.

The ruling clears the way for the government to withhold Byrne Justice Assistance Grant money from some of the plaintiffs — New York, Connecticut, New Jersey, Rhode Island, Washington, Massachusetts and Virginia — though not all of them.

That’s because some of them are covered under some of those other conflicting appeals court rulings.

The White House claimed victory after the decision.

“Sanctuary jurisdictions deliberately imperil the safety of the American people by releasing criminal aliens onto city streets — instead of handing them over to federal authorities,” press secretary Stephanie Grisham said.

The fight is over what’s known as Section 1373, written by Congress in 1996, which says localities applying for certain pots of money from the Justice Department may not block their employees from sharing information with federal immigration officials “regarding the citizenship or immigration status, lawful or unlawful, of any individual.”

Read the rest at: Sanctuary Cities in trouble! 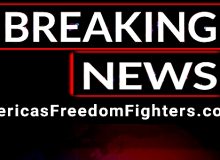