A liberal church in Texas is sponsoring a drag queen story hour for children after the local library canceled the event.

KVUE in Austin reports that Open Cathedral Church in Leander has rented a room in the public library and will host the event. The church will be paying the fees to rent out the room, which is available to all members of the public to rent. So far they’ve got nearly 400 people saying they plan to attend.

Open Cathedral Church is a progressive church that embraces LGBTQ ideology. Lead Minister Ryan Hart said the church has received an “overwhelming” amount of positive feedback from both their members and the Leander community as a whole. He said they expressed there has been a need in the community for a drag queen event like this.

The event was originally canceled due to negative feedback within the community. The drag queen is expected read to the children about how wonderful it is to be different and special.

Christian Journal reports that Mayor Troy Hill also remarked in a statement that controversial “social issues” like this shouldn’t be addressed in places like libraries or schools due to the division they cause.

During past drag queen story hours at libraries, critics have expressed concerns for child safety and sexual predators coming in contact with the children.

In fact, at a recent ‘Drag Queen Story Hour’ in Houston, one of the drag queens was exposed as a convicted child sex offender.

Minister Hart said the church has already begun the interview process to select the so-called “queen” who will volunteer to read. Church leaders will be meeting with people interested in volunteering, conducting background checks and talking to references, KVUE reported.

Read the rest at: DragQueen 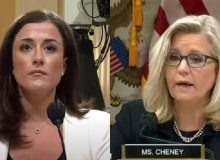 4 Major Reasons You Must Get Out of Major Cities NOW
June 29th, 2022 DC Clothesline