The Miami Dolphins recently announced a new social justice-themed scholarship that will cover four years of tuition for one student, along with a “social justice grant program.”

In a Thursday press release, the team said it would be putting aside funds for a “Project Change Scholarship” for incoming college freshmen, which will select one recipient annually and pay for their college tuition over a four-year period.

According to the release, The Dolphins are looking for students in the Miami area who have maintained a 3.0 GPA and completed at least 40 hours of community service in social justice programs per semester in high school, requiring applicants to write an essay on how the scholarship will help them effect “change” in the community.

“What social justice change do you want to see in your community and how will this scholarship help you achieve that change?” the application prompts, specifying a February 28 deadline for submission.

Jason Jenkins, the senior vice president of communications and community affairs for the team, told Campus Reform that the team is introducing both of these programs as part of a broader commitment to social-justice issues launched near the end of last year.

“When we launched these programs last November, the goal was to identify and recognize groups focused on community engagement, education, and justice reform,” said Jenkins. “It was important to Stephen Ross, our players, and members of the organization to use sports as a way to drive social progress and make substantial change in our community.”

Jenkins noted that “these initiatives are separate than the NFL,” but said the team is “in constant communication with them on these efforts.”

Read the rest at: Scholarships SJW 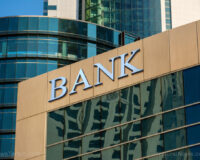