In these chaotic, contradictory, and downright confusing times, I’m often asked how to talk politics with strangers.

As conservatives, we are by nature, well, conservative, but that shouldn’t stop us from talking about what we stand for and what we believe. In fact, that unwillingness to articulate what and who we are, often works to our disadvantage. Frankly, that’s exactly how we got so far down this leftist rabbit hole. We got here by allowing the other side to speak to who we are; to define us. That can and must stop now.

While I realize not everyone is comfortable talking to strangers, I do it every chance I get. Really, what is there to lose? Will I be uncomfortable? Probably. Will strangers think I’m weird? Possibly, but so what, they’re strangers for goodness sake! Will my kids be embarrassed? Most likely (Geez, do you have to talk to everyone, mom?!), but they’ll get over it, and secretly, I know they’re proud of me. They are precisely why I do it; my kids. My kids’ and their futures are worth a little uncomfortable embarrassment on my part.

Here’s how I typically approach talking politics in every day life. The following happened during my last trip to my local supermarket:

On Christmas Eve, I was in a long line at the checkout stand. Behind me in line was a Hispanic dad with his two young adult sons. The dad was probably in his mid-thirties while one son was around 18 and the other about 20.
I noticed the sons were picking up the tabloids and discussing the hideous Kardashians. I merely listened to their conversation.

Then, the older son asked his dad and his brother, “Did you hear Kanye left Kim right after the baby? Why would he leave HER?!” They laughed. I caught their eye and laughed.

After a pause, I asked, “The better question is, ‘who are you voting for in November?'”

This moment is key. It’s here where the stranger responds positively to me, or they don’t. The dad replied by asking his son, “Yeah, who ARE you voting for?” The boys laughed and shrugged, but I knew I had an ally. His son responded that he didn’t know yet.

I answered for him, “Ted Cruz. That’s who I’m going to vote for.”

It was at this point, the cashier high-fived me, and I knew I’d connected with someone else over politics.

As she rang up my items, the cashier and I discussed the present occupant of the White House and how Ted Cruz would take the country in the right direction. All the while, the dad and boys listened and were no longer discussing the Kardashians. I noticed others in line listening as well.

The entire encounter lasted probably 10 or 12 minutes, but the length isn’t what’s key. In that short amount of time, I was able to engage complete strangers about politics and get them thinking. What I did may not seem all that impactful, but think about it, by the time I left the store, I knew the cashier was voting for Cruz, the dad was voting for Cruz, and his two sons were now thinking about Cruz. That dad now has a way to bring up politics without being preachy. Guys, remember that lady at the grocery store….?

Does it always play out like my Christmas Eve encounter? Not. At. All. Trust me, I’ve had plenty of silence and attitude given back in response. I don’t let it phase me. I know I don’t have to reach everyone, just some, and we will win. Take heart, too, because most people are kind and interested.

That is how I do it. It works for me. It will work for you too. Like anything else, practice makes it easier. I hated doing it at first. Now, I like the challenge.

Listen for a way to bring politics into the conversation on the strangers’ level and terms.

Be sure to have facts, not feelings to back up your positions.

The goal is always to make people think, not to persuade or argue.

Humor helps; be a happy warrior and smile.

Don’t give up. I do it in bluest of blue California, so I know you can do it where you live too. No excuses.

Remember why you do it. For me, it’s my kids. What’s your why? Find it and remember it when you’re nervous.

Truthfully, you may never know how you’ve impacted anyone, but you’ll certainly never influence anyone with what you didn’t say or who you didn’t smile at. People are hungry for leadership; be that leader and you can shift them in the right direction. The important thing is to get in that line and engage! They’re a semi-captive audience anyway, so make the most of it!

You can be sure, the next time I go to the supermarket, I’ll get in that high-fiving cashier’s line. She’s now my ally in this fight, and we will win this thing one person–or dad and his sons–at a time! 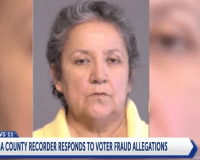 Copyright © 2022 The Real Side. All Rights Reserved.
Proudly Built by WPDevelopers.
Posting....