Oh, Joy! Yet Another National Lecture on the World Stage from our Ineffectual Commander-in-Chief

After arriving late and ignorantly missing the moment of silence held at the G20 Summit in honor of the victims of the Islamic terrorist attacks in Paris, our Commander-in-Chief President Obama continued to show the world just how little he values the lives of innocent citizens.

At a post-summit press conference, Obama pathetically declared, “We have always said this [fight against terrorism] is going to take time… The terrible events in Paris were a terrible and sickening setback.”

Even though we know—and Obama has been repeatedly warned—it’s likely Islamic terrorists will hide among the refugees, Obama continues to insist the U.S. will allow thousands of refugees to come in over the next year. “We have the right strategy and we’re going to see it through,” Obama said.

Obama went on to say “to slam the door on [the refugees] would be a betrayal of our values.” Not so fast. It’s not a betrayal of American values to ensure our safety; he certainly talks more about the rights of ‘refugees’ than U.S. citizens.

“As president, my first priority is the safety of the American people. And that’s why, even as we accept more refugees — including Syrians — we do so only after subjecting them to rigorous screening and security checks,” said Obama. Forgive me for not believing our safety is his ‘first priority’, but seriously, “rigorous screening and security checks”—this from the guy who couldn’t set up a functioning healthcare website! And isn’t he the same guy who undermines the immigration process by disregarding laws he doesn’t like; and who encourages sanctuary cities for illegal immigrants all while gutting our military strength and disparaging our police force?

These so-called ‘refugees’ are fleeing from war-torn, chaotic countries with no serviceable data systems in place. How on earth are we to trust the ‘rigorous screening’ of questionable papers in order to verify the validity of the information of the ‘refugees’? What’s worse, as one would expect, a lot of the ‘refugees’ will have no papers, no identification at all. And worse still, a lot will have fake passports and other forged papers that are easily bought on the black market. What will we do then? Are we going to ask them, “Are you an Islamic terrorist?” If they say, “No” we let them in? That’s simple madness of the first order.

Remember the Islamic terrorist and Fort Hood shooter, Major Nidal Hasan? He was thoroughly vetted by ‘rigorous’ American security processes. Hell, Hasan was a United States Army psychiatrist and Medical Corps major, for goodness sake! And still, still this Islamic terrorist slipped through the cracks and ‘rigorous’ vetting which enabled him to kill 13 Americans and wound 32 others.

I suppose we could always ban Muslims from entering the U.S., right? Wrong. Obama derides the idea “we should just admit the Christians and not the Muslims” as being discriminatory. Here’s a newsflash, Mr. Obama: Middle eastern Christians aren’t prone to attacking and killing Americans while Muslims from the Middle East are! Besides, no country is taking in Christian refugees which is exactly why we should because those are our values!

Obama says he, “can’t afford to play some of the political games others may” which clearly implies others–like the GOP presidential candidates–are playing politics with the Islamic terrorist issue. Mr. Obama, I see you trying desperately to appear above it all, however, let me point out that your release of five known Islamic terrorist prisoners from Gitmo the day after the Paris attacks is the ultimate in playing political games!

According to Obama, we must allow more ‘refugees’ to come into the U.S. in order to “do our part,” but frankly, he seems more concerned with not offending Islamic countries or angering Muslims in any way, than doing our part or protecting American citizens. You see, to Obama, we citizens are the problem. Truly, he is not defending us when his tone is lecturing; he is not defending our values when his attitude is one of, “What do you expect me to do about it?” That attitude and tone carry a double meaning, of course, because with them, he is telling us nothing can be done, while also telling the enemy that nothing will be done. In his mind, he knows if (when) we are attacked (again), we will deserve it, so, so be it.

The ‘refugee’ issue not about ‘Islamophobia,’ ‘racism,’ or any other hateful nomenclature the leftists try to label it as. It’s about us being unable to truly vet these ‘refugees’ and the devastating impact a single mistake could have on our national security and way of life for decades to come. Continuing to take in these poorly-vetted ‘refugees’ from Syria and other Islamic countries where Islamic terrorists congregate is nothing short of national suicide. And speaking of “phobia,” how will Obama vet these ‘refugees’ if he’s afraid to acknowlege the enemy by name?

“If you have a handful of people who don’t mind dying, they can kill a lot of people…That’s one of the challenges of terrorism. It’s not their sophistication or the particular weaponry that they possess. But it is the ideology they carry with them and their willingness to die.” Exactly, Mr. Obama! Islamic terrorists are at war with us! WE ARE AT WAR WITH THEM—whether we want to be or not–BECAUSE THEIR IDEOLOGY SAYS THEY MUST KILL US!”

Instead of an acknowledgement, though, we hear Obama tell us “ISIS is contained” and the Paris attacks are simply “a terrible setback” proving once again he doesn’t understand the full threat that is Islamic terrorism. Who pays the price for this do-nothing ‘strategy’ of containment? We all do; all innocent Americans and others across the world pay, just like those innocent young people in Paris paid by simply going out to a Friday night concert, a soccer game, and dinner at a café.

Meanwhile, even as Obama lectures us, ISIS has released a new ‘Kill List’ targeting several American cities for terror.

WATCH THE FULL PRESS CONFERENCE BELOW: 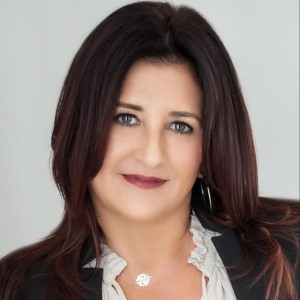