Being pro-life is not the political kiss-of-death that some would have you believe. In fact, having the courage to tell the truth about your positions, even abortion, seems to spell victory in a campaign, as evidenced by the addition of 4 pro-life Congresswomen in the mid-terms (maybe even 5!)

Liberals would have us believe that the majority of the nation is anti-religion and pro-choice. But they really are a vocal minority. It’s time the silent majority get up off the couch, stick together, and get to the polls to ensure our freedoms are not lost.

You can read more about this story here. 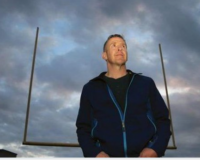