One of Wisconsin’s Democratic gubernatorial candidates must have missed the class on the history of the KKK.

In a desperate attempt for media attention, Brett Hulsey thought it would be a good idea to arrive at the Republican’s gathering dressed in a Confederate soldier costume and hand out KKK white hoods. Really? Fortunately, he changed his mind at some point and decided not to do it. But he still got his media attention. Hopefully that was the plan all along, because handing out  KKK hoodies was the worst idea EVER.

Despicable and shameful regardless of which party it originated or was aimed at.

You can read the news story here.

Healthy people should NOT wear masks!

Who knew there was a Black National Anthem?

The Beginning Of The End In South Africa
July 9th, 2020 Sons of Liberty Media 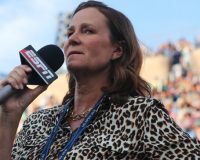 Copyright © 2020 The Real Side. All Rights Reserved.
Proudly Built by WPDevelopers.
Send this to a friend