The Supreme Court of the United States (SCOTUS) upheld Michigan’s ban on affirmative action on a 6-2 decision stating that it was up to the state’s citizens to determine how they wanted to handle it. And the citizens had already struck down the affirmative action law.

It’s an interesting debate. Affirmative action was put in place at a time when minorities, particularly blacks, were openly discriminated against simply for being different. The climate has changed, and while there may still be some pockets of racism here and there, we’ve definitely come a long way from having segregated schools, restaurants, facilities, and drinking fountains!

One author opines, “Efforts over decades to create a diverse classroom have been controversial” and “the Brown vs. Board of Education high court ruling in 1954 ended segregation of public schools.”

Although segregation is no longer the rule of law, that doesn’t prevent people of the same ethnic background from congregating together without much, if any diversity. Take Chinatown, for instance. It may not necessarily be exclusive, but it also isn’t diverse, and that’s okay because the people who live/work there have chosen to live/work there. They haven’t been separated to live/work there. And anyone else can choose to live/work there.

“A white student said the college’s existing affirmative action policy violated her “equal protection” rights.” She’s got a point! Affirmative action was implemented to prevent minorities from being discriminated against. But by requiring a certain quota of minorities, the law, in effect, may have actually discriminated against the majority. How, you ask? In the case of college applications, if a quota had to be filled, there’s always the chance that a minority person had to be accepted regardless of qualifications. What if that person’s qualifications were less than the another qualified non-minority person? That would mean that simply being from a specific ethnic background gave the person a leg-up over and above accomplishments and qualifications. Is that fair? Or is that discriminatory? Racism goes both ways.

One professor said, “Students deserve a robust education where a variety of viewpoints are shared and debated. Proposal 2 has meant less diversity in our universities, which has had a chilling effect on the quality of discourse in the classroom. Unfortunately, that will continue, at least for the time being, in Michigan.”

So what this professor is really saying is, without ethnic diversity, there can be no robust debate? And the quality of discourse is lessened? Is that really true? Or is it just different? Or are the changes he’s noting really because of ethnic differences or maybe just the differences of the people who are currently attending class? Simply because students have similar ethnic backgrounds or skin color does not mean they come from similar upbringings, educations, communities, or backgrounds.

The diversity isn’t in the color or race. It’s in the human experience.

Students who need to “see” diversity can select a school where that diversity exists. No one is forced to attend a specific college. That’s the beauty of the American college experience.

You can read more about this SCOTUS ruling here and here.

Contributed by writer and Real Side Producer, Tammy Messina

I told you – They are coming after Jesus!

Another Dem bites the CORRUPTION dust!

A Guide For Men; How Much Money Do You Really Need?
July 2nd, 2020 Brass Pills 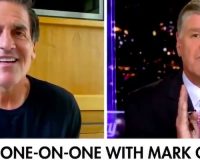 Fake cop calls show to make it look like cops are unbalanced!

“ICE operates with virtually no accountability, ripping apart families and holding our friends and neighbors indefinitely in inhumane detention centers scattered across the United States,”

The media wants to punish the whistleblower who revealed they were protecting the world’s biggest pedophile while at the same time protecting the “whistleblower” who they know is committing treason against America.
If that doesn’t tell you the media is corrupt then nothing will.

Copyright © 2020 The Real Side. All Rights Reserved.
Proudly Built by WPDevelopers.
Send this to a friend